We are very excited that 81 young people have returned to our Young Africa Agritech Centre in Dondo, Mozambique, after their Christmas break. The group, which consists of 40 boys and 41 girls, study different trades, such as: Agriculture (crop production and animal husbandry), Civil Construction, Electrical installation, Refrigeration, Garment Making, Early Childhood Development, Bicycle Repairs and Catering.

Young Africa sees young people as agents of change and peace advocates within their communities. Through the European Union funded YP3 project, we offer training to 706 students that were heavily affected by Cyclone Idai and by civil war conflicts across various areas in Mozambique. Students from different socio-economically and vulnerable households are empowered to become engaged for peacebuilding in their communities. Besides technical and vocational training, they receive psycho-social support, form peace clubs and carry out awareness raising activities on COVID-19 in their community.

Our group of young interns is going for it! Thirty students went into their attachments where they put to practice what they learned during their training in, among others, farm mechanics, horticulture and agro book keeping.

They will start as ‘Agripreneurs’ in different companies and surrounding farms at the IAC Centre in Chimoio. The other thirty have started their incubation in poultry production, piggery and goat rearing, while becoming the Mozambican farmers of the future!

The YP3 project is a consortium between Young Africa International, Young Africa Mozambique and the Foundation of Development Cooperation and is funded by The European Union. The project is being implemented in Mozambique. 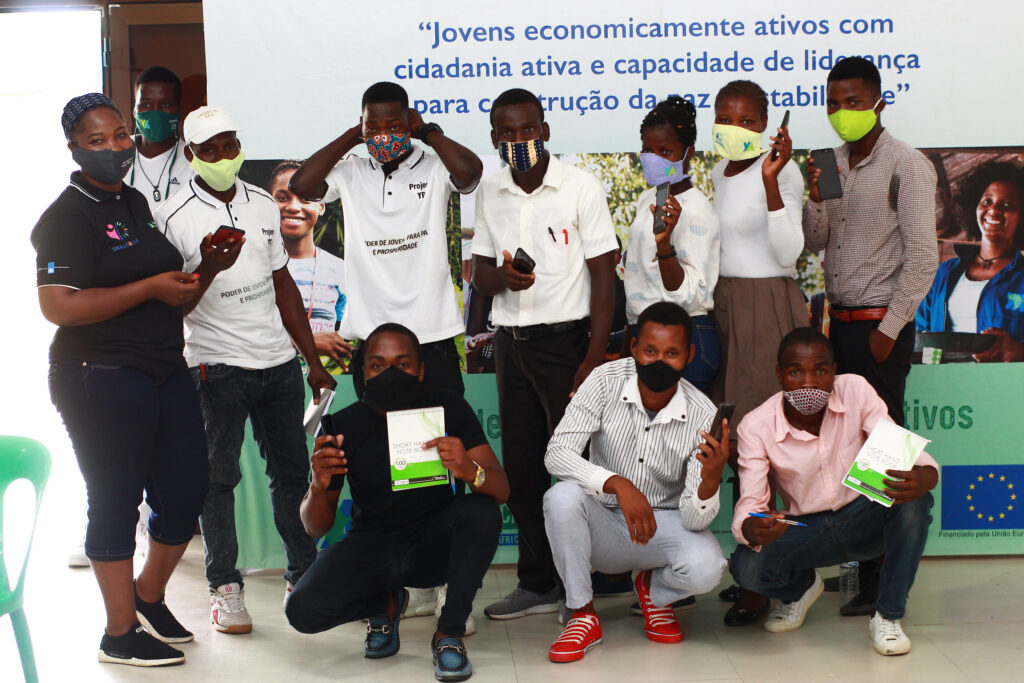 Check out our Peace Clubs: where young people from challenging backgrounds are offered fun and relaxing platforms to engage with peers. Through drama, sports and other activities they forget the challenges they deal with in their daily lives.

This is how young people reconstruct for a better future

Read about the champions that bring peace and stability to their communities.
Read more

Devastating Effects of Cyclone Eloise: 250.000 People in Need for Support

On 23 January, Cyclone Eloise made landfall in the middle of Mozambique. Read more about the effect the cyclone had on our centres and the community we work in.
Read more
This website stores cookies on your computer. These cookies are used to improve your website experience and provide more personalized services to you, both on this website and through other media. Please refer to our cookie policy for more detailed information